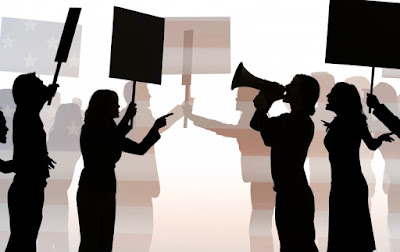 Government and Political Turmoil conflicts often affect the Traveller or Businessman and it's easy to get caught in the wrong place at the wrong time. Perpetual Traveller reviews the Political landscape each week to give it's readers the heads up. Here's the latest edition:

Colombia: Avoid political gatherings, polling stations during 27 May presidential elections
26 May 2018: Visitors to Colombia should anticipate and avoid political gatherings during the first round of presidential elections on 27 May. While widespread unrest is unlikely, routine political tensions may result in some demonstrations and associated low-level disruption in major urban centres. In more remote rural areas that are typically affected by guerrilla activity, the National Liberation Army (ELN) leftist rebel group has announced a ceasefire until 29 May. Nevertheless, members should continue to avoid non-essential travel to such areas.

Guinea-Bissau: The next parliamentary elections are due to take place in November 2018
Guinea-Bissau suffers from political instability. Although the security situation is currently calm, you should stay alert to local developments and avoid sensitive areas like military installations. You should also avoid any demonstrations.

Ukraine: Amsterdam, Canberra formally accuse Moscow of downing MH17
The governments of the Netherlands and Australia have formally accused Russia of being behind the downing of Malaysia Airlines flight 17 over eastern Ukraine in 2014. Both governments have asked Russia to enter talks as a first step, but have not ruled out taking the case to an international court, according to the BBC. On 24 May the Dutch-led Joint Investigation Team (JIT) stated that the missile had come from a convoy that was part of the Russian armed forces. The JIT is comprised of investigators from Australia, Belgium, Malaysia, the Netherlands, and Ukraine.