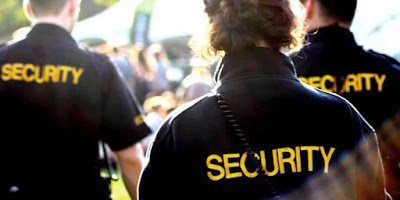 The most dangerous place in the world is where you are right now! Stay informed and avoid conflict with the help of Perpetual Traveller Intelligence:

Algeria: Business owners to stage general strike in Tizi Ouzou
Small business owners are to stage a general strike on 29-30 April in the northern Tizi Ouzou Province. The industrial action was prompted by grievances over the levels of social security contributions. The protesters will also organise a sit-in outside the social security fund's offices in the province on Boulevard Krim Belkacem, Tizi Ouzou town. The sit-in is likely to disrupt traffic in the area.

Algeria: University health workers to strike
Workers with the National Union of University Hospital Research Teachers (Snechu) called on its members in Algiers, Annaba, Bejaia, Blida, Constantine, Laghouat, Setif, Tlemcen and Oran to stage a strike to denounce the government’s failure to implement its demands over employment and benefits. The strike will not affect the availability of medical care, although isolated protests may take place in the affected cities.

Sri Lanka: Increased security in Colombo for Vesak celebrations
Authorities have tightened in the capital Colombo ahead of Vesak Day celebrations on 29-30 April to mark Buddha’s birthday. About 3,000 additional police personnel will be deployed to Colombo where large crowds are expected to gather to observe festivities. Travellers to the country should also take care while driving, as Vesak celebrations see some of the worst road accidents, with at least 40 deaths reported in 2017 during the festive season.

Mexico: Teachers’ union to begin strikes, protests
The CNTE teachers’ union will strike between 30 April and 2 May in opposition to the government’s education reforms. The strike will be accompanied by protests on 1 May in state capitals, while the union plans to stage roadblocks on major highways on 2 May. The unrest is likely to lead to the cancellation of classes at public institutions and disruption to travel around protest routes.

Global: Protests to mark International Workers’ Day
Protests to mark International Workers’ Day are likely to take place in several Asian, European and Latin American countries. Demonstrations are expected in major cities in countries across the Americas, including Mexico, Venezuela and Argentina. In Puerto Rico, police will deploy 1,100 officers to mitigate the risk of violence and disruption, after last year’s protests saw vandalism and the establishment of roadblocks. In Spain, unions have called for protests in 80 cities across the country.

Algeria: Public-sector union calls for protest
A public service union, representing 12 organisations, called for a protest to denounce the high cost of living and falling purchasing powers. Around 10,000 people participated in a similar demonstration in May 2017. The demonstration could affect access to public services and cause traffic congestion in Algiers.

Germany: Security forces on high alert for riots in Berlin
Police have stated that they will be heavily deployed throughout the city as far-left groups have threatened to riot in the capital’s Kreuzberg area. Police added that although Berlin and Hamburg typically see large demonstrations on 1 May, they have been predominantly peaceful. This year, however, the so-called Revolutionary Demonstration has called for mass demonstrations in Berlin, and has not applied for permission, increasing the risk of clashes with security forces. The group is set to gather at Oranienplatz square in Berlin at 1800 hrs local time.

Iran: Religious gatherings to be held for birth anniversary of Imam Mahdi
Shi'a Muslims will mark the birth anniversary of their twelfth Imam, Mahdi. Religious gatherings are to be held across the country and could cause increased congestion in holy cities such as Qom or Mashhad. Government offices and some private companies will be shut for the occasion, which is a public holiday in the country.

South Africa: Trade union federation likely to continue strikes, protests
The South African Federation of Trade Unions (SAFTU) threatened more protests and strikes over the planned introduction of a minimum wage. SAFTU did not disclose a specific date for the demonstrations, but the government is supposed to implement the policy on 1 May. Previous SAFTU action has led to thousands of people protesting in Gauteng, Durban and other cities on 26 April and saw widespread industrial action throughout industrial sectors. SAFTU is demanding the introduction of a USD 1,000 per month living wage.

Sri Lanka: Trade unions to defy curbs and hold Labour Day rallies
About 14 trade unions plan to hold rallies to mark the International Labour Day, despite restrictions by the government, which has designated 7 May as a replacement for the traditional 1 May celebrations. The change in date was announced following petitions by Buddhist groups who said that the Labour Day fell during Vesak week, which marks Buddha’s birthday and during which festivities are observed across the country. It is not clear where the unions plan to hold rallies, although in previous years, labour rallies have taken place in central Colombo and attracted thousands of people. There is potential for confrontation with police personnel, as the rallies will be held in defiance of government orders.

Argentina: Metal workers to strike, protest nationwide
Argentina’s Metalworking Workers Union (UOM) will hold nationwide strikes and demonstrations after failed wage negotiations. The main protest will take place from 1000 hrs local time in Plaza de Mayo in Buenos Aires, where disruption to travel is possible. Smaller protests will also be held in the main squares of other cities. There remains a possibility that the action will be called off after an emergency meeting was scheduled between the union and executives on 2 May.

Israel: Lag B'Omer festivities to cause increased congestion
Israeli Jews will mark the holiday of Lag B'Omer from the eve of 2 may until the evening of 3 May. Parades and bonfires will be organised throughout the country, leading to increased congestion. Additional police presence is expected due to the heightened risk of militant attacks during religious holidays.

Nigeria: Health workers in Kwara state to strike
The healthcare workers’ union MHWUN in Kwara is set to begin an indefinite strike at 0000 hrs. The union did not disclose whether it would allow for emergency services during the strike. The workers are demanding better working conditions and the payment of salary arrears.

Tunisia: Thousands of Jews expected to make pilgrimage to Djerba
Around 5,500 Jewish pilgrims are expected to take part in annual celebrations for the holiday of Lag B'Omer on the southern island of Djerba on 2-3 May. There will be a heightened risk of militant attacks during the festival, which was targeted by a 2002 al Qaeda-claimed suicide bombing that killed 21 people. Increased security measures and traffic congestion are expected throughout the island during the festivities.

Tunisia: State television, radio workers to strike
National television and radio workers are due to strike to denounce a lack of response to their demands, including calls for increased wages. The strike was initially postponed from 20 April following a meeting with the ministry of employment and other public officials and it may be delayed again if further talks take place.

India: Civil society groups to protest in Andhra Pradesh
Various civil society groups plan to stage protests across the southern state of Andhra Pradesh to demand a speedy trial for the individuals accused of raping and killing an eight-year-old in Jammu and Kashmir state. The activists are demanding measures to improve security for women and children. They have not disclosed details about where the protests will be held. The demonstrations could cause traffic congestion and result in road blockades.