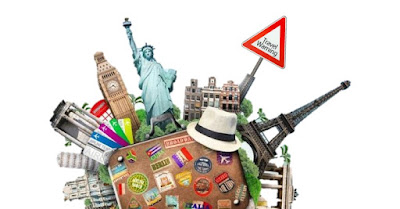 Here below is our Week 24 Travel Warning Report, exclusively for Perpetual Travellers!

Global Ramadan Terrorism Risk
Increased risk of terrorist attacks, disruption during Ramadan; There remains to be a heightened threat of terrorist activity during the Muslim holy month of Ramadan, which will end on 24 June. In a 26 May video posted on social media, the Islamic State (IS) group called for its supporters to step-up attacks on the West during the period. Two IS suicide bombers in Baghdad on 30 May killed more than 30 people at the start of Ramadan and in 2016; IS claimed major attacks in Europe, the US, the Middle East and Asia that left more than 400 dead and 700 wounded. In addition to the potential for violence, there is typically a slowdown in business activity during the period, which could affect commercial operations and government services.

Colombia
An improvised explosive device (IED) exploded in the Andino Shopping Centre in Bogota on 17 June 2017; Best advice is to remain vigilant and follow the indications of the local security authorities.

Austria
The Austrian police recently indicated a possible threat to churches in Vienna; visitors to Austria are suggested to be vigilant in and around Vienna, especially when visiting churches.

Kenya
In May and June 2017, there were attacks on security force vehicles using improvised explosive devices; the main focus of these attacks was along the Dadaab-Liboi road in eastern Garissa County; the Kenyan security forces increased their presence in the area and made several necessary arrests; visitors should remain vigilant.

India
Following earlier clashes in Darjeeling with the police, the Gorkha Janmukti Morcha (GJM) called for an indefinite shutdown of state government and Gorkhaland Territorial Administration (GTA) offices. If you're planning to travel in or through the Darjeeling hills it’s wise to follow the local news and advice of the local authorities, and keep in touch with your travel company.

Malawi
A recent teacher strike led to some demonstrations in Blantyre and north of Bakala in the south of the country; visitors are best advised to avoid all demonstrations, remain vigilant and follow the advice of the local security authorities and your tour operator.

Mongolia
Campaigning is under way for presidential elections, due to take place on 26 June 2017; travelers should take extra care during this period when visitors the country.

United Kingdom
BA cabin crew to stage two-week strike in July
The Unite union said that British Airways (BA) cabin crew would strike from 0001 hrs local time on 1 July to 2359 hrs local time on 16 July to demand pay and travel concessions. There was no initial confirmation of which routes would be affected by the planned strike action. The call for strike comes amid a long-running dispute over wages which has caused 26 days of strike action since January. Unite called off a strike due to start on 16 June after the renewal of negotiations with the company. The union also said that it would begin legal action against the airline for allegedly sanctioning staff who participated in previous strike action.

Baggage handling system failure causes disruption at Heathrow
Heathrow Airport authorities have announced that they are currently experiencing a baggage system failure at Terminals 3 and 5. Passengers have been advised to pack essential items in their hand luggage as they may have to travel without their bags. A spokesperson told the BBC that hold luggage will follow passengers, but was unable to say when it would arrive. Heathrow is currently investigating the failure and other terminals at the airport are said to be unaffected.

India
Strike by transport workers in Haryana causes travel disruption
More than 4,000 Haryana Roadways buses remained off the streets as transport workers staged a strike to protest the state government’s 2016-17 transport policy. The workers called on the government to revoke permits granted to private bus operators and alleged that the authorities had backtracked on commitments to formulate a new policy. The strike affected thousands of commuters dependent on the buses for daily travel. The workers warned that they would intensify their strike if their demands were not met soon.

China
Threat Category: Regulatory Environment, Infrastructure
The Civil Aviation Administration of China has fined the Dubai-based Emirates Airlines and banned it from adding new destinations and aircraft in China for six months after two incidents of “unsafe operations”, according to state news agency Xinhua. The aviation authority says the airline’s crew were responsible for an incident on 17 April where an aircraft flew at the wrong elevation, and an incident on 18 May when an aircraft temporarily lost contact with air traffic control. Both incidents occurred in restive Xinjiang province. The airline has been fined USD 4,270.

Belgium
Power outage causes major delays at Brussels Airport
A power outage at Brussels Airport that began at 0500 hrs local time has affected luggage handling and air-conditioning systems, causing major delays as passengers were left to wait outside the airport for several hours. There was reportedly no electricity at the airport for several hours. Although the problem was fixed by mid-morning, delays are expected throughout 15 June. The airport warned passengers to show up on time and said incoming flights are unlikely to be affected.
Travel Warning
Location: London, UK