Put your Smartphone down - the EMF's are dangerous! 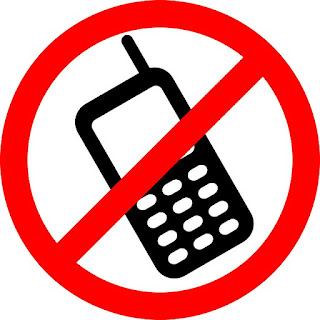 The social and health impact on mobile phones today are many fold and it appears that we are nurturing a generation addicted to Smartphone usage, whereby the real consequences will not be fully known for another decade to come.

Ask yourself this crucial question: Do you control your Smartphone or does your Smartphone control you? If you hesitate, then the answer is the former. Just imagine for a moment, we now use our Smartphone with over a million Apps even at the dinner table, which is a real conversation and friendship killer. We use Smartphones to wake us up in the morning, control our finances, virtually manage our social life, support our business and store our memories through photos or videos.

The Mobile Industry has come a long way since the humble Ericsson or Nokia that was used primarily for phone calls. However, despite the convenience and ease of use, our health is at clear and constant risk:

Facts About Cell Phone Use


Pay close attention to the digital signal bars on the display panel of your cell phone (usually on the top right hand corner). Fewer bars indicate a weaker signal. A weaker signal means the cell phone will actually generate more power to maintain the connection. In fact, for each bar lost due to poor signal strength the cell phone will increase its power by up to 1000% to maintain the connection. More power means greater exposure to the radiation for the caller.


First and foremost it’s important to understand that it’s impossible to completely shield yourself in a populated area of planet earth from EMF exposure and radiation. However, there are some simple things that you can do to minimize the risk as follows:


When all's said and done we may look at Smartphone users in the future like we do smokers today. It may be trendy for a while, but our health and social connection with loved ones and friends is ultimately more important.