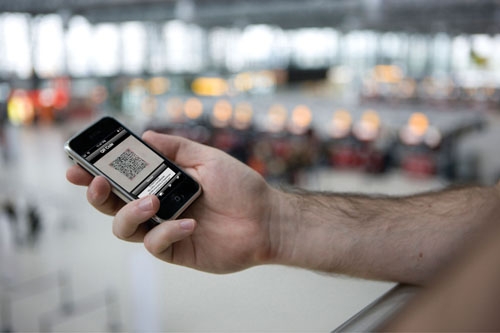 It’s summer which only means one thing in the UK – holiday season.

Last year over four million passengers travelled through Edinburgh Airport in the four months between June and September – making it the busiest summer ever.

And Heathrow Europe’s busiest airport, had its busiest day on record on 17th August 2014 with 241,412 passing through its gates. You have got to hand it to the Brits; they sure do love a holiday.

As the masses stock up on suntan lotion, don their Ray Bans and fedoras and head off for a week of sun, sea and sand – have airports got themselves ready of the summer?

We now live in a world where everything is becoming more connected, changing the way we live, travel and operate business. With consumers owning more devices than ever before, it’s becoming even easier to be connected with other people and the online world.

Cisco recently launched its Visual Networking Index and revealed that the number of mobile-connected devices exceeded the world’s population in 2014, and by 2019, more than half of all devices connected to the mobile network will be 'smart' devices.

It’s time for airports to take advantage of this to not only improve airport services, but also improve passenger flow throughout the airport. By tapping into Wi-Fi on mobile devices airports will be able to determine the location of passengers, anticipated next steps and level of stress.

Already we are seeing fantastic growth in indoor positioning-based services, such as EasyJet's recent launch of its GPS tracker to round up late boarders.

It’s designed to track down late passengers and reduce delays through the use of an app that pinpoints a passenger’s location in the airport, and send messages to their smartphones letting them know that their flight is about to leave.

As well as this the company launched its Mobile Host with Gatwick Airport combining live data from the airports systems, Google indoor maps, and passenger booking details to provide personalised instructions and updates.

Another good example of an airport implementing this type of technology is Helsinki, which manages the flow of people through its facilities by sensors installed throughout the terminal complex.

The sensors track an estimated 60% to 70% of people who visit the airport and leave their mobile phones with Wi-Fi turned on.

By taking advantage of Wi-Fi technology, airport managers can get a pinpoint fix on individual mobile devices, without storing any of the owner’s personal data.

The positioning information allows airports to monitor and improve the user experience for passengers arriving, departing or transferring at the airport. For example, by identifying any passenger flow bottlenecks within the terminal at security, or in particular shopping areas.

This also allows retailers within airports to maximise their own marketing and advertising efforts.

As the use of digital mobile services continues to grow, we can also expect the amount of location-based content to rise and get pushed to passengers' smartphones as they walk through an airport such as changed departure times or gate information, as well as finding transfer directions. As we enter August and the height of summer, it’s time for airports to implement in-store technologies.

By being able to manage crowds through location-based applications and analytics, airports can ensure a smooth travelling experience for passengers and help create a personalised experience for consumers.
services UK