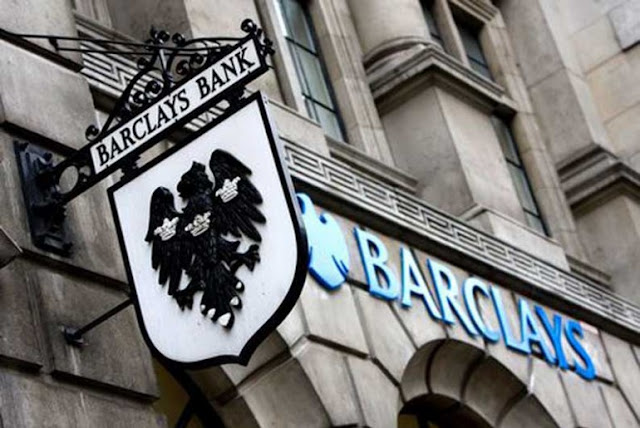 Thousands of British expats and other Barclays account holders in Cyprus will see their accounts closed by the bank in September unless they contain a minimum deposit of £100,000.

Customers residing in Cyprus have slammed the bank for the move which has left many scrambling to book flights back to the UK to try to sort out the mess.

The bank is introducing a new minimum threshold for clients in Cyprus of £100,000, with effect from 11 September 2015.

Barclays have confirmed to the Cyprus Mail, that as well as customers in Cyprus, those in Malta have also been contacted, and those in Greece are also on the list.

Expats will find it difficult to open another UK-based current account, especially if they don’t have a UK address, as banks will ask for proof of address, such as a recent utility bill.

Many retirees living in Cyprus are loyal Barclays customers, banking with them for decades. Some have their pensions paid into their UK account on a monthly basis. They have now been given notice of closure or find £100,000 to deposit in their account.

A spokesman for Barclays told the Cyprus Mail: “This isn’t about not providing services to expats, it’s about a de-risking programme that was put in place at the end of 2013 to review and reduce the number of countries we operate in. We haven’t taken this decision lightly and are not looking to simply exit these customers (as Cyprus is still one of the core set of markets we’re focusing on). We’re actively working with our customers to review alternative arrangements, helping them through the transition and giving extensions where we can to find further funds.”

Barclays say they are focusing on a core set of 70 markets globally, where they believe they have the most knowledge and expertise. They also put the latest move down to ‘risk appetite.’

“We are very happy in many countries to provide expat services, it’s more about the risk associated with certain countries. As a result of this decision and in line with our strategy we are introducing a new minimum threshold for customers resident in Cyprus, and they will need to maintain £100,000 across their accounts with us.”

The bank said that the minimum threshold will apply not only to Cyprus and Malta but also to Greece, although ‘out of consideration for the current situation we’re not closing accounts for Greek residents at this time.’

Donna Peters-Harrison, 56, and her Cypriot husband Soteris, live in Peyia in Paphos, and say they have been left reeling by the news which they were informed of by a letter last week.

“We feel that we have been dumped. I have banked with Barclays for forty or so years, since I was 15, and it seems that they can’t make enough money on us, and so we are no longer welcome customers. There are rumours that other banks are going to follow suit. There are a lot of Brits here and they have been loyal to Barclays all of these years.”

The mother of three uses her accounts regularly to send money to two of her children currently in the US and UK. She said she first thought the letter was a scam and was angered to find out this was not the case.

“Until recently, there was a reasonable sum in our accounts as my brother was living in our house in the UK, but he was killed in a crash at Christmas. We used the remaining amount to cover all of the expenses involved with that, including the funeral. The bank is well aware of my situation.”

The Paphos resident said that a number of her neighbours had received a similar letter and are now having to make urgent travel arrangements to fly back to the UK to try and ‘sort out the mess’, and try to open new accounts elsewhere before they are all closed on September 11.

Gordon MacFarlaine, a retired airline pilot living in Oroklini in Larnaca has been a Barclays customer for fifty years. His state pension is currently paid into his Barclay’s account in the UK.

“Following my letter from Barclays last week, I contacted the state pension department in the UK and was pleased to learn that it can now be paid into my bank account in Cyprus. This was stopped about a year ago due to the banking problems but has now been reinstated.”

Widower John, who doesn’t wish to give his full name, lives in Limassol and has also been banking with Barclays for close to fifty years.

“This is a real blow for me and I don’t know what I’m going to do now. My pension is paid into my Barclays account and I was advised not to move my assets to Cyprus. I am under the required threshold and I don’t think I really have an alternative now.”

Barclays said that they have set up a specialist team to handle related calls and are encouraging customers to contact them.

They also noted that some customers may be eligible to apply to open an account with other ‘offshore’ providers, although other banks are carrying out a similar exercise and operating minimum thresholds, they said.

“Also, as Cyprus residents, they can open an account with a local Cypriot bank.”

Perpetual Traveller Comment
Yet another classical example of why we cannot trust banks. They take care of their own interests and only desire to work with the elite!

One wonders what the next Cyprus Banking scandal will be!
Expat News
Location: Cyprus