The most amazing cable car experiences 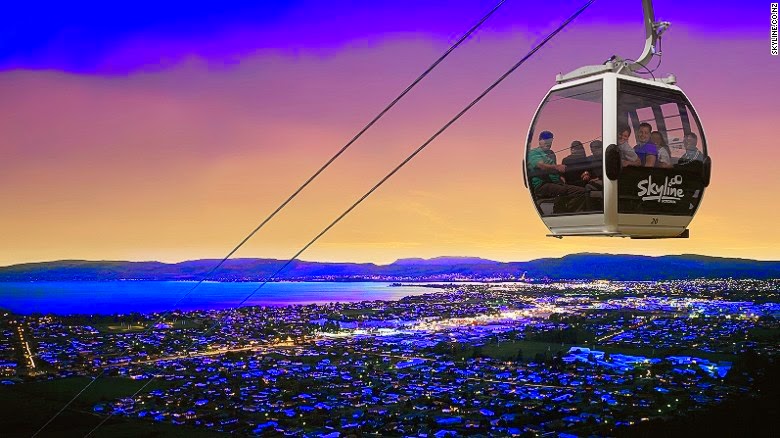 Titlis Rotair (Mount Titlis, Switzerland) – The Titlis Rotair is the world's first rotating gondola. The most spectacular part of the journey is the final and highest stretch, which cruises over one of Europe's largest glaciers.

The Ngong Ping 360 (Hong Kong) – It's the only gondola to offer two classes of cabin -- standard cabins are the cheapest option but the more expensive ones have glass floors.

Peak2peak Gondola (Whistler, Canada) – This gondola holds two world records. It's the longest free span between ropeway towers -- 3.03 kilometers (1.88 miles) -- and, at 436 meters, it's the gondola with the highest point above the ground.

Mi Teleferico (La Paz, Bolivia) – Although its main purpose is to cut commuting times for local workers, Mi Teleferico is especially popular with tourists, thanks to fantastic views of the snow-capped Andes.

Sugarloaf Mountain Gondola (Rio de Janeiro, Brazil) – More than 37 million people have ridden this Rio gondola since it opened in 1912.