15 ways to get a flight upgrade 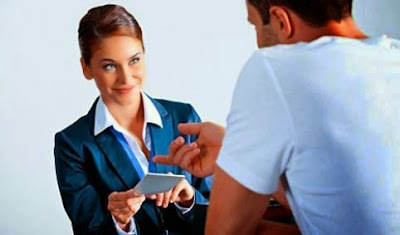 Throwing tantrums, chatting up check-in staff and even putting on weight are all strategies that Skyscanner's frequent flyers reveal in their their top tips for securing an upgrade.

1. Travel at quiet times
Graphic Designer Clare McMonagle says you get a better chance of upgrading to business class by ‘booking a flight on bank holidays and at other times of the year when business users are less likely to fly as the seats tend not to be taken up’.

2. Spend lots of money
Sometimes you have to invest to get a return. Relationship Executive Matthew Smith says: “My wife and I got upgraded when we moved here from the US on BA. Not sure why, but we think spending $1600 on baggage fees helped.”

3. Be loyal
Ewan Gray, Director, APAC advises joining the airline's loyalty program: “Even if it’s the lowest level, you still get rewarded first. I know this from a friend at BA… and I’ve got a card for each partnership accordingly.

4. Be early
Your flight may only have one or two upgrade places available, so maximise your chances of bagging them by rocking up at check-in 11 hours before the scheduled departure. If it backfires, you’ll have to kill a murderous amount of time in Starbuck's, but it worked for Product Manager David Low: “My wife and I were flying to the Dominican Republic. We’d got to Glasgow Airport far too early but at least there was no queue. The check-in lady told us that they had two spare seats in first class, and since we were first to arrive, we could have them for free. So we happily accepted.” Unfortunately David’s trip was spoilt somewhat by a devastating hurricane, but at least it got off to a good start.

5. Be late
Being late has worked twice for Chris Kim, Market Development Manager, Korea, who recommends: “Be late without reserving your seat: if you are lucky and if the flight is overbooked, you can get the premium class ticket”. However, Joe Sarre, Senior Engineer, IT Service, APAC says it ‘works well at busy times, but is a dangerous game’. “If you are too late you might miss the check-in time, or they might have already sorted their overbooking problems by giving upgrades to the passengers ahead.”

6. Check your emails
Joe recounts that Air France emailed him a couple of times on the day of departure offering a cheap (not free) upgrade. “I’ve twice missed this because I didn’t check my emails close enough to departure. One of these times I had even called the airline to ask if they had any deals and they said no! So keep checking your emails even up to a couple of hours before departure.”

7. Get mad
Product Manager Mikey Gray left it to his mum to get mad. He explains: “My dad had been working in Australia for a month and my mum, my brother and I were flying out to meet him. Qantas overbooked our first flight, made us wait for another, and then at our change disclosed they had done exactly the same thing on our connecting flight. My mum systematically lost her rag, as we were now going to be days late meeting my dad. In the end they put us on a Singapore Airlines flight in first class, which as you might imagine was lovely, and as it left earlier and made good time meant we weren’t that late after all!"

8. Get sad
If you get desperate, resort to emotional blackmail. Tika Larasati, Market Development Manager, Indonesia advises: “Tears of a drama queen can work, either out of sympathy or to get you away from the other passengers. I guess when your hamster dies, it won’t work.”

9. Be nice
Kindness pays, so pay it forward with interest and you could be in first class in the blink of a smile. Serial upgrader Andrew Phillips, Technical Manager, Data Acquisition & Reporting recounts:

“Flying to the US a few years ago, I boarded the plane late (as usual) and there was an old chap sitting down in my seat. The stewardess (who I’d chatted to on the way in) was nearby and heard the guy saying he just wanted to sit next to his wife. I told her I didn’t mind sitting in his seat (it was the row behind I think) and off she went... only to return five minutes later. She asked me to follow her…all the way up to business class!”

10. Dress up
And no, we don’t mean turning up at Stansted as the Blues Brothers. Leave the tracksuit at home and dress as if you’ve just been browsing the FT in the exec lounge - either full-on formal or business casual (pink herringbone shirt, beige chinos, tan brogues) does the job. Having gained a business class upgrade with her boyfriend to South Africa, Recruitment Assistant Fiona Morrison advises ‘looking good, wearing your Sunday best and smiling’.

11. Use your charms
Sleeping with the pilot should work, but bagging an upgrade could be as simple as a show of clean teeth and a few well-placed words complimenting the check-in staff on their nail extensions. Charming Caterina Toniolo, Market Development Manager, Italy recommends this tactic for ‘girls travelling alone’ but ‘not in peak periods’, while it worked for Charlie Pank, Senior Software Engineer. Charlie recalls: “My brother and I didn’t get upgraded but, after he had chatted up the air hostess during take-off (we had the exit seats facing her), she gave us a massive carrier bag of all the spare booze miniatures AND we got to sit in the observers’ seats in the cockpit for the landing at Frankfurt”.

13. Supersize yourself
Tika also has a rather unusual tip. Apparently her ex-husband was ‘somewhat oversize’. She tells us: “He always got upgraded, while I stayed in economy. So stop your diet, get fat, and get upgraded.” We’d love to know if this has happened to anyone else.

14. Have friends in high places
It’s not what you know, but who you know, so no matter what tips we give you, if your husband is the pilot, you might have the odd door opened for you. Thanks to a ‘contact’ at Heathrow, Recruitment Officer Lorraine Rew got upgraded to business class for a flight to Miami. “It was lush!” she says. “As part of the upgrade I got to use the first class lounge – not bad at all for a wee 18 year-old on her first US trip!” Ah, bless.

15. Work in the Skyscanner PR team
Sam Poullain, PR Executive, APAC enjoyed the perfect upgrade: “On a recent flight from London to Edinburgh I found to my delight that I had been upgraded to Seat 6A, which some of our keener readers may know is officially The Perfect Airline Seat, voted for by thousands of travellers as their ultimate airline seat. Now, I do not know if the British Airways staff knew of my involvement with the 6A project or if they simply upgraded me as I’d just walked off a 13-hour flight from Singapore, but either way, kicking back in my king-size lounge chair with extra legroom (I’m six foot two) was the perfect way to end a long journey. Unfortunately I was furnished with croissants rather than champagne as it was 7am, but you can’t win ‘em all.”
Source: skyscanner
Best of PT flight upgrade Worldwide
Location: Heathrow Airport (LHR), Longford TW6, UK