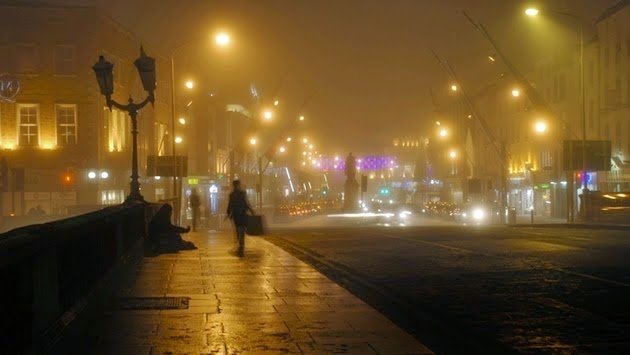 Most of what I know about being streetwise came from living in New York in the late ‘70s and ‘80s in the period following the bankruptcy of the city in the mid-70s.

The infrastructure was a mess with cracks and potholes in city streets. Mental patients were released from hospitals and wandering the streets. A reduction in law enforcement capacity engendered a climate of lawlessness. It was a heyday for thieves and criminals on the city streets.

It seemed that nearly every time I went out on the street I witnessed some sort of incident, a disturbed person throwing karate chops at passersby, a fight that stopped traffic, a crying victim. It took many years for the city to get its house in order again and to become the relatively safe city it is today. But I did learn some things about how to stay safe in a big city. It was a concentrated test tube environment in which to view the dynamics of street crime.

Here are some principles for staying safe when you are in an unfamiliar city.

Be alert. This is the primary axiom of street security. Try to always be aware of what is around you, especially anyone who seems to be focusing intently on you and getting into your personal space for no legitimate reason that you know of. The very fact that you are aware will cause most who may wish to do you harm to search for an easier target.

Be focused and directed. If you are headed somewhere and doing something with the momentum of determination, you will elude most trouble. You will pass before most criminally inclined people have time to focus on you and prepare an approach.

Look as if you know what you are doing. If you are lost, it is better not to be too obvious about it. You may be able to seek help from a well-meaning local, but you must also be wary of those who may wish to take advantage of you. If you are lost, try slipping into a safe and secluded area to study your map, make a phone call or if possible you may want to hail a taxi.

Present a moving target. If you appear to be headed to a destination and you are moving, you will probably pass through any area before a thief or thug has a chance to focus in on you and prepare an approach. If someone starts trying to engage you, just moving on can usually shake them. There are times and places to stop and take it easy, but always remain aware of what is around you, and if you are approached by something that feels strange, move.

The playwright August Strindberg believed at one point that he could make himself invisible in crowds. You may not be able to make yourself invisible, but you can get into a flow with the movement around you that helps you to avoid any head-on collisions with trouble.

Suspend your conditioning. Most of the time in life you want to be polite and courteous, but when dealing with a thief or confidence man, you just want to end any conversation as quickly as possible. In instances when you are dealing with a person with ill intentions, you may have to shake your conditioning about being polite. You may have to ignore them and get away, even if they are in the middle of a sentence, even if it feels rude to do so.

Confidence men and tricksters are skilled at turning your best character traits, such as kindness and politeness, against you. Stay kind, but be ready to suspend your conditioning in cases of encountering people will bad intentions.

Gravitate toward populated areas. Every city has gathering places where people congregate. In general those are the safer places. It’s in those little side streets and dark corners where no one is watching where danger may lurk. There is danger for thieves and criminals too: the danger of being apprehended and incarcerated. In areas where many people congregate there is too much risk of being identified or apprehended.

Don’t appear vulnerable. There’s a grim joke that illustrates this. Two men suddenly see a bear and one starts rapidly tying his shoes. The other says, “Why are you tying your shoes? You can’t outrun a bear.” The answer, “I don’t have to outrun the bear. I just have to outrun you.” The fact is, criminals are looking for an easy target. If you look like you might present too many problems, they’ll pass by you and look for an easier target. In self defense, you don’t have to be stronger than your adversary, just be more trouble than it’s worth.

Be inscrutable. When being approached by someone with a con, someone presenting a proposition that seems illegitimate, sometimes it’s effective to give the silent treatment. By not responding in the expected manner, you may throw them off. If you don’t answer, if you register no sign of understanding, they will have to draw their own conclusions about why. You may be deaf. You may not speak the language. Or you may be crazy. Muhammad Ali used this tactic when he stalked Sonny Liston and created public scenes in the run-up to his first heavyweight championship fight. He did it mostly for publicity, but also to unnerve Liston and make him think he might actually be crazy. “Any sane man fears a crazy man,” said Ali. If you find yourself becoming a target, you may wish to appear inscrutable to your adversary. Even a criminal does not want to fool around with a crazy person.

Trust your instincts. If something doesn’t feel right, if someone’s approach seems strange, if an area has a strange vibe, avoid it. You are endowed with good survival instincts. Pay attention to them. If you feel strange about someone or something, take steps to avoid it or go a different way immediately.

Also avail yourself of the services of the hotel concierge and front desk services to get good information on where to go and where not to go.

But even when you are completely on your own, you can stay safe and elude people with bad intentions by observing simple principles. If you do, then no city is really dangerous and you can make the most of all a great city has to offer.