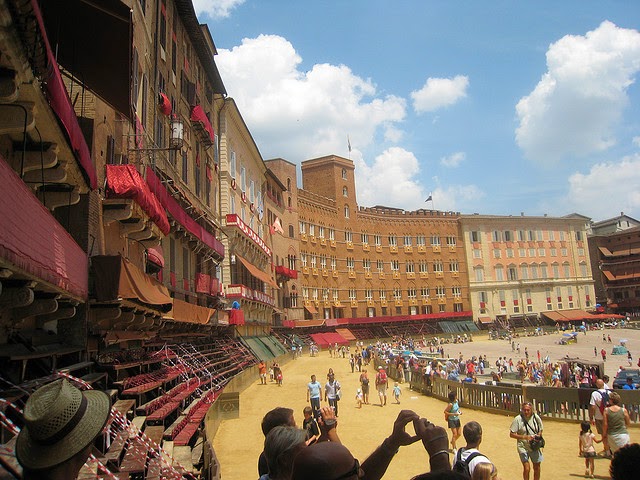 This event hits the heart of Sienese civic pride, whereby each specific horse represents one of the city’s 17 districts, all of which have their eye on the victorious "palio banner".

The passionate displays of loyalty are in many respects a major part of the spectacle just like the race itself. All horses are blessed by the churches of the district and via medieval parades, which accompany the competitors when they register at the Palazzo Comunale. Before the race, pageboy types wave bright flags bearing ancient symbols, including a double-headed eagle and a crowned dolphin.

The event is certainly a different experience, but not for the faint-heated!