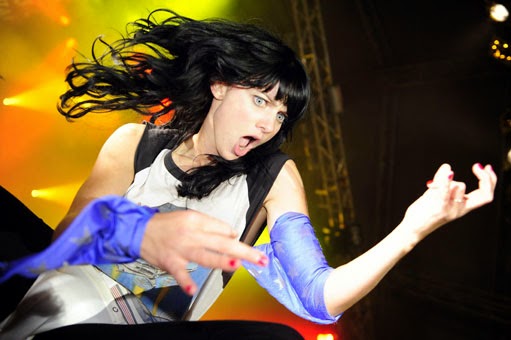 Do you remember back in the 70's and 80's in the days of the power ballad? When you used to run for the dance floor with some epic air guitar during AC/DC's "Back in Black."

Well the tradition lives on in front of thousands of adoring fans at the Air Guitar World Championships in Oulu, northern Finland. Here phantom instruments come alive as "Air Rockers" strum to guitar greats like Jimmy Hendrix and Queen.

Throughout the 4-day event there are even workshops on how to best exaggerate picking motions and demonstrations from some of the previous world champions. As any air guitarist can tell you, it's not what you play but how you play it!

According to the promoters, the purpose of the Air Guitar World Championships is to promote world peace - good luck with that in today's world! Their noble motto is "wars end, climate change stops and all bad things disappear, if all the people in the world played the Air Guitar." This goes to explain the mantra for the Festival—"Make Air not War."

The first Air Guitar World Championships were held back in 1996 as part of the general Oulu Music Video Festival. The Finnish certainly know how to laugh at themselves with weird and wonderful events like the World Wife-Carrying Competition, so it's bound to be a hoot for everyone attending!