Daring to fly with Ryanair! 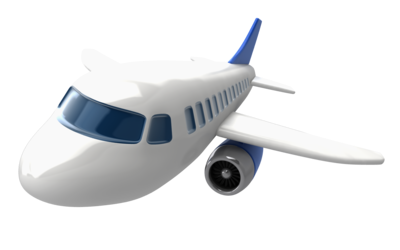 Inappropriately dressed in a suit coming straight from a management training session onboard a cruise ship, I threw caution to the wind and embarked on a courageous Ryanair flight from a miserably equipped Palermo Airport (especially in the non Schengen area), which is far from the busy town center and takes over an hour's drive during peak time.

It would be true to say however, that the route and time of my flight was convenient and as such my Corporate travel team rightly presented it as the best option.

It soon dawned on me however that in essence Ryanair is an acronym...

Let's take a look at the detail...

RUSHED
The moment that there was the slightest stirring of the inadequate embarking counter a rush or more like stampede occurred of people jostling for position in a human fragmented line. From my perspective the flight did not appear to be full, so it was difficult to understand the hysteria and stress created by the rush.

Upon embarking it became apparent that the rush was wholly unnecessary, yet the flight crew started to execute several announcements to generate a sense of urgency for passengers to sit down. This caused more pushing, impatience and peripheral stress into the mix as people focused their entire mental intellects into the basic concept of "I must find a seat".

Once everyone sat down and the realization dawned on all passengers that there was indeed plenty of room and a few precious moments of quiet bliss graced the plane.

YELLOW
As the safety announcements loudly commenced, I looked up to see for the first time a clear sea of "Loud Yellow" from the tops of seats to the overhead lockers. Notes from the Coldplay song echoed in my ears with indefatigable tones all within the moment of an instant. Ah the world is yellow I concluded; trouble is; not a very nice or warming yellow. If it were ever possible to select a shade of yellow that appeared somewhat cheap and at home on a Ryanair flight, this would be the undisputed one! How did the Ryanair powers that be manage that?

ANNOYING
There are all manner of minor annoying little things that serve to remind each passenger that perhaps it was a bad idea to take the cheap flight option. Each minor annoyance plays on ones mind and strips the soul of travel dignity.

Let's start with the fact there are no seat pockets beneath the tray tables. Nowhere to place a book, magazine, Newspaper, Mobile or anything for that matter which may prove to be useful or help to pass the time. One is forced to place such items in the overhead locker (most inconvenient) or to squeeze them to one side of the seat in secret, which is annoying and contravening safety somewhat, especially on the emergency exit row.

With no seat pocket, there are NO sick bags to help cope with the yellow effect or even travel sickness. Note there were no sick bags for sale either!

Another annoying factor is not truly realized until later on in the flight, which is the fact there is no reclining seat function. Most annoying when one wants to take 50 winks.

NO SANITATION
Upon arrival to the plane it's apparent that the turn-around was fast to say the least. Subsequently the plane had not been cleaned or prepared properly for the flight. In particular, the floor had the remnants of the previous flight for all to see.

One greater area for concern occurred when a flight attendant with a particularly acute acne problem served my tiny bottle of wine. He put his fingers deep inside my water and wine glass, which seemed to happen in slow motion and he clearly had NO idea of the consequences of what he was doing. So much for Ryanair training!

Overall the seats were dirty in places with marks and grimed in wear. I may project the image of being awfully fussy, but it's not the case, as the above is an objective reflection.

ANIMAL-LIKE
There is definitely the sensation of herding, as one boards and rubs shoulders with fellow travellers that collectively hold the objective of securing that seemingly elusive seat.

Such behavior is masterly exaggerated by the fact no-one has a confirmed seat number! This reality in the Budget Boarding equation provokes the worst in people with an array of creative solutions surfacing, as decent law abiding couples resort to occupying a window and Isle seat to block the middle one! easyJet for example was wise to implement seat allocation, as this changes the herding experience.

In general the whole Budget system of no seat allocation tends to stimulate uncivilized practices, which although travellers should rise above, they invariably get caught up in them.

IRRITATING
The most irritating issue on Ryanair is the constant stream of announcements that result in sheep-like conditioning. Not happy with a few timely Microphone tasters, flight Attendants do their utmost to overkill, no doubt as a result of training. This assures that no passenger in the evening at no juncture is able to relax or sleep. Just to make sure of no relaxation there were no recliners and bright in-flight lights throughout the entire nights journey!

RIP-OFF
We all know about the nauseating tricks that Ryanair and to be fair many other low cost airlines adopt at the point of online reservation. In addition to the fact one needs to uncheck the insurance box (not always easy to see), pay for checking-in luggage and pay to board in a civilized quick manner, now there is even a charge to check-in online. This completely floors the silent public concept, whereby if one does something online directly, which avoids a manual laborious task there should be no charge for the activity. As such, banks, travel agencies and like encourage online self-driven tasks as a way for the consumer to avoid cost. The whole ethos or business model of the Budget Airline concept is to avoid the Travel Agency and ticket costs by consumers booking flights online directly.So why the hell does Ryanair charge passengers to check-in online themselves!

Then there is the food debate, whereby passengers are charged for what they consume in flight. It would be fair to say that the Low Cost brigade won this argument. The average discerning flight passenger does see the logic of the concept and providing the food is good they are generally willing to pay. After all one can purchase a snack in the airport and enjoy it on the plane. In fact it would be perfectly reasonable to state that the Budget Airlines concept has helped to generate expenditure within the airport too. Now back to my gripe: on board that fateful Ryanair flight of mine, I decided to go for the safest option and purchased the most expense snack at 5.85 euro for 2 small chicken wraps. Unfortunately they were dry as a bone and 2 euro more than the airport. The wine I ordered came in the smallest bottle I have ever seen served and cost nearly 6 euro. Ryanair, if you are going to charge over the top at least invest in quality.

Conclusion
So there you have it, the Ryanair acronym, which essentially means dissatisfied in service. Looking at the big picture though, it's clear that Ryanair has achieved great success with a sound business plan of excellent smartly crafted routes between smaller towns, clever usage of cheap efficient airports, and a debundled package. The reality of the matter is however, that Ryanair is polarizing people, often loathed by its own passengers and few consider it a good service by any description, but it is cheap in every way! Although you may pay more than a scheduled flight if the route is busy!
Airlines Best of PT Economy
Location: Dublin, Ireland