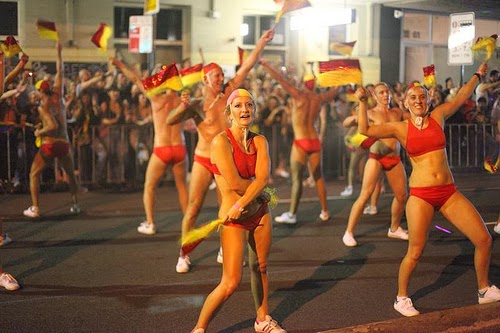 When: A parade in early March

What started in 1978 as a defiant civil rights march has become one of Australia’s proudest celebrations of diversity, attended by half a million locals and thousands of visitors from around the world. The shenanigans last for a stupendous month of sports, theatre, comedy, cabaret, film, literature and parties, such as the noteworthy Sleaze Ball side event (to some it’s the main event). This is the occasion for gay, lesbian, transgender, bisexual and queer Sydneysiders to shine their nipple clamps and comb their merkins for the stardust magic of sleaze.