Nightmare experience with Ethiopian Airlines - what happened to the new spirit of Africa? 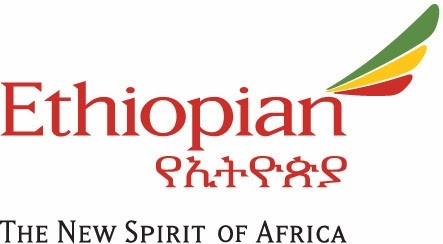 The below letter was written by a Perpetual Traveller reader who wanted to share his alarming experience with Ethiopian airlines.

I reached the airport on 6th Jan. The girl there said that, I can stay at the airport but I told her that I want to go back as I live nearby, but she tried to explain that it is not possible, when I insisted finally they let me go out from airport and asked me to report at 12 noon as flight will depart around 14:00.

I told to that counter executive that I am frequent flyer of Singapore airlines, which in Star Alliance, but she refused to insert my number or accept my Turkish airline number. According to her Singapore airlines is not star alliance member!

I boarded the plane on time around 14:00 hrs and saw a Ethiopian lady sitting on my assigned seat and
she didn’t want to move. I called the air hostess and they were not able to move her from my seat.

Then one of the ground staff came and requested me take another seat on back of the aircraft. That
was a wow! Seat reservation doesn’t mean anything, first time in 15 years of flying with many airlines
around the world. I took that seat but soon engine started engine smoke smell hit my nose and made me
totally uncomfortable. When the aircraft was airborne the smell went off.

Finally we reached Hangzhou but the journey was not ended. Worse still I was waiting to get onto my return flight.

On 12th Jan 2014 I came to the airport around 18:00 hrs as flight was scheduled to leave at 20:30 hrs.
After check-in we were waiting at the boarding gates. All passengers started to make the line as per
boarding time mentioned on boarding passes and the never ending wait started.

Until 20:30 there was no announcement made by staff and then finally Chinese ground handling staff said that flight will be delayed due to a technical reasons and they will be announcing the departure time shortly.

Until 21:30 there was no news and then finally an Ethiopian representative along with the manager on duty came saying that flight is going to be further delayed due to bad weather in Delhi. We said before was technical problem and now weather which one is true there was no reply?

We asked, please tell us the final departure time, but there was no answer. It was already 22:00 and we asked for dinner, but then ground handling manager the Chinese person said there is no dinner, as dinner in China is at 17:00 but our ticket states the dinner to be provided. With this they provided one soft drink and biscuits.

Then up until 24:00 midnight they kept us waiting at airport without telling us any news about the departure with no food, no drink it was cold and people were suffering, but there was no effect on the Ethiopian ground staff.

Finally at 01:30 the flight was declared cancelled and they said we will be taken to a hotel. We reached the hotel around 02:00 a.m. Noone asked for anything to eat or even a bottle of water. Then there they started to give one double room for 2 passengers as I was travelling along. Hotel staff asked me to share a room with strangers!

I told to the person who escorted us that it would not be possible to share a room with someone to whom I didn’t even know! I preferred to sleep in the lobby instead of sharing a room with a total stranger. On this news they offered us a sofa in the lobby, finally around at 3:30 a.m. reception girl felt pitty on us (3 passengers) and gave us rooms.

Then on the 13th matters were handled like it was the army. Hotel staff started to bang the doors and asked everyone to go down. We reached airport at 06:45 a.m. None of the staff were bothered that passengers didn’t eat since we came to airport on 12th.

Off at 09:30 a.m. and until that time nothing was offered or even asked. Then finally after we were airborne crew served meals. I requested for a Vegetarian meal, but the answer was we don’t have as departure time changed. The Ethiopian staff were not able to arrange vegetarian meals even it was mentioned on the boarding pass. None of the passengers got vegetarian meals. Everything was no and they tried to just explain that this is all due to delay in flight!

Ethiopian airlines are a member of the elite Star Alliance, which has many good names such as Singapore airlines, Turkish airlines, United, Thai, Swiss, Lufthansa and many more. So I ask is it good and proper to have Ethiopian airlines in this club with its service standards. Is this is the new sprite of Africa?

My first and last flight with Ethiopian airlines. I will make sure to share my experience with as many as people as possible.
I can reach through all possible ways to let them to think 100 times, before deciding to fly with Ethiopian.