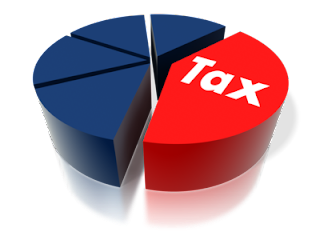 No doubt most citizens of Europe have noticed an ongoing trend, whereby Governments in league with the European Union and other Western countries are focusing Media attention and propaganda efforts on "Tax Evasion" and "Tax Avoidance". The goal here seems to be on focusing a complicit mainstream media on stirring up hatred (thereby dividing an conquering) towards productive individuals and companies from legally, creatively or otherwise from avoiding taxes. This of course is a distraction to stimulate emotions on the topic and channel the sentiment towards paying Taxes.

Of course at no point during such media exposure centered on Tax avoidance does the mainstream media indicate within the same article or sentence, the utter abuse of Taxpayers money that is occurring within the EU and across many countries in the western world. To name just a few, Illegal or immoral wars, bank bail-outs, corruption in Politics, scandalous expenses of Politicians and commissioners, black operations and general abuse of public money comes to mind.

For the Citizens of Europe, one of the most astonishing revelations is that the officials who work for the European Commission and the European Parliament, even for the highest category of unelected people that earn a NET take-home pay of around 120,000 euro per year, pay a maximum Tax of just 12%.

Now considering the Troika forced aggressive Tax increases and austerity measures on the poor people living in the Mediterranean Bail-Out countries, this information is effectively Tax Fraud on a pan-European scale. How can this be possibly fair?

How can the unelected people working for the EU Commissions and Parliament in Brussels that enforce high Taxes on everyone else explain this to the 16 million unemployed people within the Euro-zone? What possible reason is given for such huge Tax breaks and Pension benefits on a scale not seen anywhere else in the world, while the rest of the average citizens pay more than their fair share?
Best of PT
Location: Grand Cayman