Top 15 Countries by Most Spending on Tourism 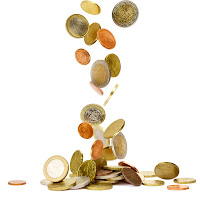 Tourism for many countries is an important aspect and a major source of revenue. Especially for many of them such as Cyprus, Macau, Luxembourg, Bahamas, Italy, Malta and Austria is crucial to gain as much tourists as possible in order to be able to survive financially. At the same time, is also essential to target the right countries that are going to bring to them the most possible revenue as possible. But which tourists seem to spend more money during their holidays?

According to a research conducted by the World Tourism Organization (UNWTO), at number one it’s the Chinese who spend $102 billion on their travels. This can be considered as normal compared to their population. In the second place are the German tourists, who spend almost $84 billion and in the third position come the Americans, who spend $83.7 billion.

Below are the Britons with $52.3 billion, Russians with $42.8 billion, the French with $38.1 billion, Canadians with $35.2 billion the Japanese with $28.1 billion, Australians with $27.6 billion, and Italians with $26.2 billion. Tourists coming from Singapore, Brazil and Belgium seem to spend around $22 billion and then comes Hong Kong and Netherlands with $20.5 and $20.2 respectively! 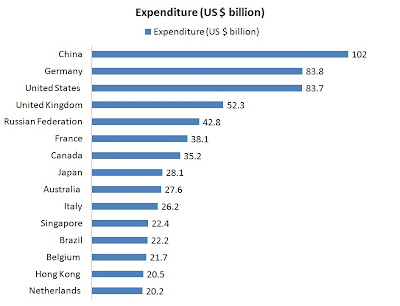 Emerging Economies
Last few years, Asian markets have achieved to build a really good and strong economy that continues growing. Furthermore, the rapid urbanization and rising disposable incomes in their country explains the fact that Chinese are on the top of the list. What is more, according to UNWTO, relaxation of restrictions on foreign travel and an appreciating Chinese currency have contributed to this increase in tourism.

Also, many of the countries on the list such as Russia and Germany have achieved to increase their share of world tourism spending over the last decade. According to UNTWO Secretary-General Taleb Rifai, ''Emerging economies continue to lead growth in tourism demand. The impressive growth of tourism expenditure from China and Russia reflects the entry into the tourism market of a growing middle class from these countries, which will surely continue to change the map of world tourism.''.

With no doubt, what seems to be true is that China and generally countries with emerging economies are very promising and can bring lots of revenue to those nations which are dependent on tourism.
Economy Travel
Location: China