The Top 3 current investments of our time 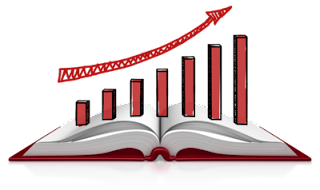 We live in uncertain times and naturally even in the best of economic climates there is always an element of risk to making investments.

There are however some interesting options for Perpetual Travellers that refrain from putting their heads in the sand.

Here below are 3 top suggestions to investigate further on, but remember if you do invest the risk is all yours.

1. Shale Gas
This new form of energy has made a massive difference (as much as 50%) to reduce fuel costs in the US.

The process is called fracking and it involves deep drilling (10,000 feet) into the earth to reach a thin layer of rock called shale. A pump shoots literally millions of gallons of water, sand and chemicals to generate small explosions. This in turns splits rock and releases gas. The gas is transported through a pipe to the surface.

China, India and the UK all have plans to exploit this form of energy. So Cuadrilla is the only company in the UK with the permission to drill. French firm Total are also getting into the business.

The downside of this investment is that there are big risks attached which are linked to potential earthquake tremors at the level of 0.5. Fears that fracking causes chemicals to contaminate the water supply are also widely reported though not yet properly substantiated. There are also concerns that the process will turn huge areas of terrain into wasteland.

Now its the turn of Africa! The key players seeing super growth are Fastjet from Tanzania (backed by EasyJet founder Stelios Haji-Ioannou), Fly540 from Kenya (tripled. Revenues since 2007), Comair and Mango both from South Africa.

The skill here is to pick the new EasyJet and avoid the Zoom, Excel Airways and Fly Globespan etc as there are usually winners and losers in this game. For example Velvet Sky opened for business in 2011 in South Africa and went bust in 2012.

3. Chinese Baby Milk
This you may think is a more surprising suggestion. However look at the facts: 5 years ago 6 babies in China died and literally hundreds of thousands became very sick due to contaminated milk.

The researcher "euro monitor" expects that demand for Baby Formula will double by 2017. There estimated to be around 85 million under-5 year olds in China and fewer than 1 third are breast-fed! Wow that's an opportunity.

On the whole international brands are now trusted in China more than home grown alternatives. Danone (makers of Aptamil) and Cow and Gate (Baby Milk Powder) are expected to have the best prospects.

There you have it, 3 top investments to consider if you are willing to face the risks.

Be courageous when the masses are afraid!
Investment
Location: London, UK