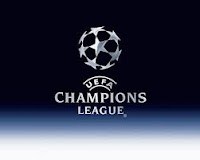 The UEFA Champions League, known simply as the Champions League, and originally known as the European Champion Clubs' Cup or European Cup, is an annual continental club football competition organised by the Union of European Football Associations (UEFA) since 1955 for the top football clubs in Europe.

The current holder are Gayen Munich, however this time round they were knocked out 4-0 in the semi-final by Real Madrid. In 2014 it will be an all Spanish and Madrid affair and Real Madrid and Athletico Madrid will battle it out. May the best team win!