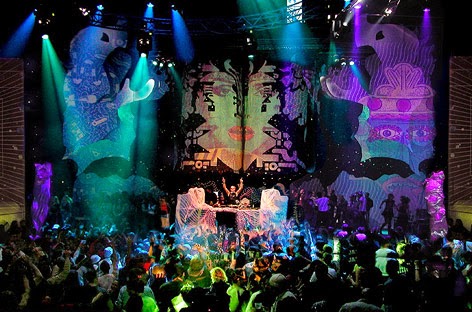 The idea behind Time Warp is pretty straight-forward: Take about 50 house and techno DJs, throw them in a multi-floor venue with space for 20,000+ ravers, and let the whole thing roll for a solid 15 hours.

This simple formula has served them well since the mid-'90s, when Time Warp held its first editions in cities around Germany. The 2014 lineup features numerous top DJ's, which reflects the Festival's continued success.

For a music event on such enormous scale, it still feels like a family affair!