The magic of the Rio de Janeiro Canival in Brazil 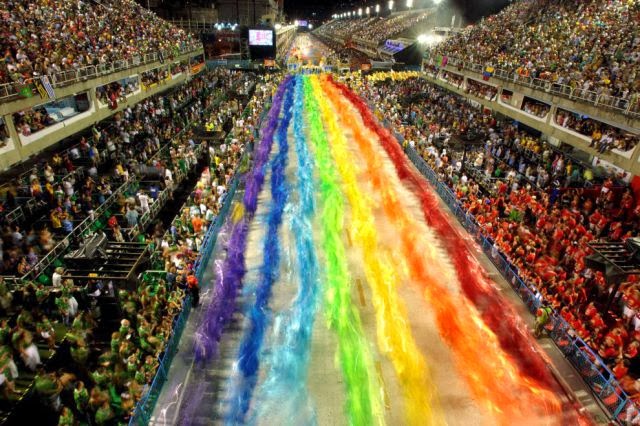 No need of an introduction "The Carnival capital of the world", Rio Carnival is celebrated by all from the most humble villages to the most luxurious households, everyone joins in and celebrates in style!

Rio Carnival is a crazy 5 days celebration, some 40 days before Easter. It officially starts on a Friday and ends on Fat Tuesday, with the beginning of Lent on Ash Wednesday, after which tradition says that one is supposed to abstain from all bodily pleasures. Carnival with all its excesses is celebrated as a profane event and can be considered an act of farewell to the pleasures of the flesh. With all that partying out of the way, it's no wonder that most people involved definitely need to detox!

Carnival traditionally occurs in February, which is the hottest month within the Southern Hemisphere, when the steamy summer of Rio de Janeiro reaches its absolute peak.

There are in fact Carnival celebrations in practically every village and city throughout Brazil. The most widely recognized are featured in the northern cities of Recife, Olinda and relatively nearby Salvador.

Here are 10 fascinating facts about the Rio Carnival: