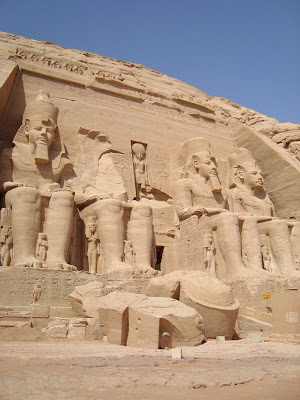 The Abu Simbel Sun Festival at Aswan, Egypt is observed twice every year on 22nd of February and on 22nd of October, the dates that mark the emperor’s birthday and his ascension to the throne. Next to the Pyramids of Giza, Abu Simbel is perhaps the most recognized monument of ancient Egypt. The two temples built for the pharaoh Ramses II have been attracting visitors since Victorian times. During the Abu Simbel Festival crowds fill the temple at sunrise to watch the shafts of light slowly creeping through the stone, illuminating the statues of Ramses, Ra and Amun with only the statue of Ptah – the god of darkness – remaining in the shade on these two days of the year.