Venturing into the Wilds of Goa 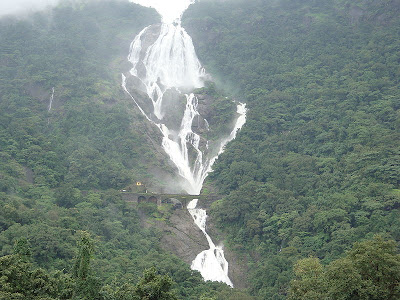 Goa already has a well-established reputation as an excellent spot for visitors looking to explore its countless miles of golden beaches. While you may be familiar with the significant beauty of India’s smallest state, it also offers a number of other equally attractive opportunities for adventurous travellers.

If a winter holiday in Goa appeals to you, check out the Goa deals at Thomson to see what’s available at the moment.

Trips to Goa can include a number of varied activities such as crocodile and humpback dolphin spotting along the coast, as well as water-based activities such as scuba diving and snorkelling, but if you’re looking for something even closer to nature, consider going on one of the many excellent trekking holidays that are on offer.

During the winter season, which extends from December to February, temperatures range from approximately 16 to 34 degrees. Compare this with a summer average of between 27 and 37 degrees and it’s clear that you won’t need to pack too many winter woollies; however, when you’re venturing into the wild it’s always a good idea to be prepared. This is especially important if you decide to travel up into any of the mountain ranges where altitude and winter conditions can lead to the temperature dropping below freezing.

Perhaps the best-known hiking destination for visitors to Goa is the epic Collem - Castle Rock - Kuveshi trek, which begins at the bottom of the spectacular Dudhsagar Falls (meaning ‘Sea of Milk’) and proceeds to the falls at Kuveshi itself via the mid-point of Castle Rock. The Dudhsagar Falls are the highest you will find in Goa, measuring 300 metres, providing some spectacularly panoramic views.

As over 56 per cent of Goa is forest, you’ll have plenty of opportunity to spot indigenous wildlife. Take the opportunity to visit the Bhagwan Mahaveer Sanctuary – a vast reserve which covers over 240 square kilometres – home to incredible biodiversity and even a community of nomadic buffalo herders called the Dhangar. Sights such as flying squirrels, wild boar and barking deer share the land with a multitude of other animal life including rare birds such as the Greater Indian Hornbill and even rarer butterfly species.

Average rainfall during the winter season is between 250 and 300 centimetres and so in addition to warm clothing be sure to pack a decent set of waterproofs. If you choose to go during monsoon season, don’t be put off by the rainfall as it means you’ll get to see the region’s waterfalls and other water courses at their best!