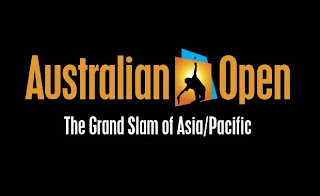 The beginning of the Tennis Season!

The Australian Open is the held annually and chronologically marks the first Grand Slam Tennis Tournament of the year followed by the French Open, Wimbledon and the US Open.

The Tournament is held at Melbourne Park with centre-court events at the Rod Laver Arena and features: