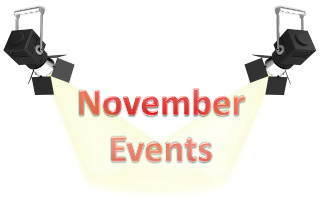 Remember the 5th of November? This fascinating story is centered around Guy Fawkes (13 April 1570 – 31 January 1606) sometimes known as Guido Fawkes, who was a member of a group of English Roman Catholic revolutionaries that planned to carry out the great Gunpowder Plot.

Although Robert Catesby was the lead figure in thinking up the actual plot, Fawkes was put in charge of executing the plan due to his military and explosives experience. The plot was foiled however, shortly before its intended completion. Fawkes himself was famously captured whilst guarding the gunpowder. They were all later executed for treason. Suspicion was aroused because wore a coat, boots and spurs, as though he intended to leave in a rush! Guy Fawkes most certainly left a lasting mark on history and popular culture in the United Kingdom and even parts of the Commonwealth.

On November 5 the yearly event of Bonfire Night takes place, centered on the concept of the plot and Fawkes the executor. The tradition of this truly remarkable British event still captures the imagination of children and adults alike, as they attend firework displays across Britain to commemorate a strange occurrence in history. All of this despite the safety risks of fireworks and the changes of modern culture in the UK.

In stark contrast, the first living creature was sent into Space in this month; a Russian dog called Laika on the spaceship “Sputnik 2” (second spacecraft launched into Earth orbit), on November 3, 1957. Unfortunately poor Laika didn’t return to earth.

The above events and other historic examples, lead us to conclude that November is truly an unlucky month (certainly in the UK and Russia) and in some respects the most boring on the worldwide Event scene. We really had to dig deep to prepare this month's world events.

So there you have it, the world event Calendar brought to you by Perpetual Traveller. We wish you good fortune in this business rich month and better luck than Guy Fawkes and Sputnik 2.
Events
Location: London, UK