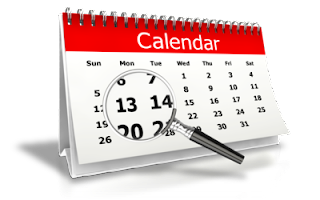 This September, there is not just one place to be, because there are events happening all around the world. From The Reykjavik International FIlm Festival in Iceland, to The Marrakech International Salsa Festival in Morocco. America offers the peaceful side of the month with Power To The Peaceful Festival in the fabulous Golden Gate Park, San Francisco for yoga, live music and action sports. This is one for the whole family. Elsewhere in the United States, the annual Buffalo Roundup and Arts Festival, South Dakota, offers a combination of rounding Buffalos as well as arts and crafts.

World Car Free Day involves anyone who wants to be, anywhere in the world, as everyone turns off their cars, and get on the bike! The UK offers a variety of events, however the biggest not coming from England, but from the surrounding countries such as The Braemar Gathering in Scotland, and the Galway International Oyster and Seafood Festival in Ireland. However, there is never nothing going on in England. The Jane Austen Festival offers a more intellectual side to the country, and provides a wonderful parade through the town center which is now the biggest regency costume promenade in Europe.

Australia’s Melbourne Fringe Festival showcases the best of new contemporary art in Australia. The independent artists live their festival experience in the friendly and modern Fringe Club. Finally, fancy a beer, or two, or how about 5 million litres? If this sounds like your kind of Festival, head on over to Oktoberfest, Munich, Germany for 16 days of beer, rides and performances along with traditional Bavarian culture.. Cheers!
Here is a quick guide to the world's top ten events this September:

Power To The Peaceful Festival