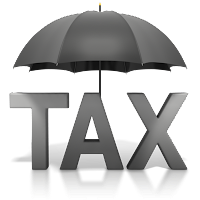 Updated on 12.1.14 from the original article 26.12.12
Owners of holiday homes in France are clearly targeted with punitive Tax rises which were recently introduced by the unpopular and somewhat war hungry President of Francois Hollande (leader of the new Socialist Government). The goal in France is to tax so called wealthy foreigners that supported France in the past, in order to reduce France's significant budget deficit, pay for some costly interventions in Africa (diverting attention from the rising French economic crisis) and paying the for the most expensive (per capita) Health system in Europe.

The Tax rises affect foreign-owned second homes in the following areas...
What is even worse is that the Tax rise on rental income was introduced retrospectively, as from the 1st of January 2012. The increase in capital gains Tax was applied at the end of July 2012, which meant that in reality property owners had precious little time if any to react by selling their homes.

Foreign holiday home owners already pay 2 other notable Taxes to the French Government called the “Taxe Fonciere” (paid by the house owner) and the “Taxe d'habitation”, (paid by those who live in it).

The rate of French capital gains Tax is practically double now for EU residents on their French property capital gains. Just another pleasure for living in euro-zone! Any country that enjoys a double taxation system can deduct any Tax paid at source in France on French gains from the Tax on the same gains of their own country. However, if the French Tax is higher, no rebate will be due.

The French finance ministry previously indicated that rule affecta approximately 60,000 rental properties in France, the owners of which made an average profit of €10,000, equal to a total of €50 million income for the French revenue in 2012 and €250 million in 2013. This is on paper at least, but in reality people will likely vote with their feet if not in the short term the medium term.


Who will want to invest in France now?

Such short term thinking Tax plans of the Mr. Hollande effectively penalizes people for choosing France as a country to invest in and spend money on holiday, all in the cause of a so called "social charge", which sounds noble, but is likely to do long term damage. What the French Government do not calculate is the massive potential loss to Tourism and future property sales, as the message is clear “Do not invest in France or we will bleed you dry”.

The country most affected by French holiday homes is the UK, whereby approximately 200,000 British people own second homes, many of which travel using budget airlines. The British treasury in the past stated "We will need to study the details. But we will of course challenge any proposal which breaches European single market laws and anti-discrimination rules.". So far precious little!

Europe is becoming an over-taxed, over-regulated and more uncomfortable (by the day) place to live in present. France has just placed itself towards the top of the list of destinations not to live or invest in. This would  be true also for the wealthy (moving in their droves to the UK and other safer climbs) and of course the highly paid Footballers.

Note
In 2015, these unbelievable measures are still in force, along with a new local sales tax which is requested when checking in at a Hotel!
Best of PT Tax
Location: Nice, France