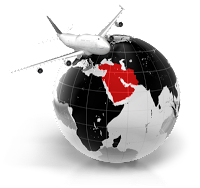 Interesting data recently released by the UK Civil Aviation Authority (known as CAA) demonstrates that from the months October to December 2011 the overall on-time performance (defined as the proportion of flights arriving or departing early or up to 15 mins late) of scheduled flights at the 10 UK airports monitored was 80%. This is a notable 12% higher than in the 4th quarter of 2010. The average delay across all scheduled flights monitored was 11 mins, which is a fall of 10 mins compared with to the same period in back in 2010.

Within the 4th quarter of 2011, the punctuality of 319,000 scheduled and 13,000 charter passenger flights was measured at 10 airports. This represents a 3.2% increase in scheduled flights and a 6.9% decrease in charter flights, compared with the final quarter of 2010. Here below is a summary of the results in bullet form: