Woman Beheaded for "Witchcraft and Sorcery" 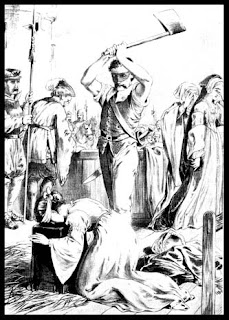 Amnesty International has condemned Monday's (12/12) execution of a Saudi woman convicted of "witchcraft and sorcery." Amina bin Salem was beheaded in the northern province of al-Jawf. She was the second woman beheaded since October when another woman suffered the same fate after being convicted of killing her husband by setting his house on fire. Amnesty International says this marks the 73rd execution in Saudi Arabia this year.