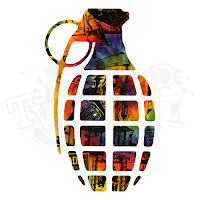 A man threw grenades and opened fire on a crowd at a bus stop in Liege, Belgium this morning (12/13). At least four people have been reported killed with 64 wounded. At this time there are few details, but one report says the attacker was one of the the dead from self-inflicted wounds. Earlier reports said another had been captured by police, but now officials say Nordine Amrani acted alone.