on August 19, 2011
Here below are the best Perpetual Traveller Overseas sourced Events around the world for the month of September 2011:
Milan Fashion Week

When: 21 - 27 Sep 2011 (various dates)
Where: Milano Fashion Center
Recently extended to include an increasing number of catwalk shows, Milan Fashion Week reinforces the city's importance in the global fashion industry. Hot new styles are sent down the catwalk twice a year at the Milano Fashion Center.
At Milan Fashion Week, Gucci, Armani, D&G, Prada and many other top international designers offer a preview of trends to come. Although you do need an invitation to see the catwalk shows, this is nonetheless a good time to visit the city, which is booming with fashion tourists and glamorous parties throughout the week.
Get a piece of the action over cappuccino and biscotti on the pedestrianised Via Della Spiga, where you can admire the theatrical shop windows, and watch fashionistas and beautiful locals posing in their finest.
Source: www.whatsonwhen.com
Picasso: Masterpieces from the Musée National Picasso, Paris 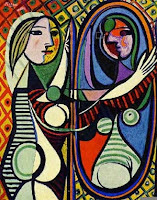 When: 11 Jun - 25 Sep 2011; not Mon
Where: de Young Museum
Cost: US$10; seniors US$7; 13-16s US$6; under 13s free
Time: Tue-Sun 9.30am-5.15pm (until 8.45pm Fri)
A once-in-a-lifetime exhibition, this display at de Young Museum brings together over 100 masterpieces by Spanish artist Pablo Picasso. Paintings, sculptures, drawings and prints are drawn from every phase of the artist's career. Works on display come from the permanent collection of Paris' world-renowned Musée National Picasso and are on loan due to renovations at the museum. The carefully selected collection demonstrates the wide range ofartistic styles and forms that Piccaso mastered. Highlights include La Celestine (1904), from  the artist's Blue Period and the late self-portrait, The Matador (1970).
Source: (www.whatsonwhen.com)

When: Until September 2011
Where: The Island of Ibiza, Balearics, Spain
From the end of May until the end of September, Ibiza is the distinct party capital of Europe. As clubbing destinations go, it is simply peerless.
And with such a defined and short season, it is no surprise that the parties that open and close the period are huge affairs.
For clubbers and lovers of dance music, the clubs are what makes it special. At once decadent yet unpretentious, expensive yet hedonistic, the names roll off the clubbers wall of fame; Amnesia, Pacha, El Divino, Es Paradis, Space, Privilege few will be leaving for home before the sun rises over the Mediterranean.
Taking a trip to the 'white isle' at any time over the summer will be spectacular, but as the season winds down the clubs go just that little but further to extract one final hurrah out of the season. And that is why attending during the closing parties (which never seem to be one night, but a series of 'closings') is the most special. The partying will be more frantic, the in club experience will be heightened with flame throwers, dancers and more and the clubs will pull out all the stops to tempt the best names in djing and promotion to finish off their season in style.
At Euro 50-60 a pop, entry can be expensive, but the clubs make it well make it.
Source: (http://www.worldeventsdiary.com/)
Venice Biennale 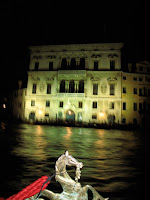 When: 4 Jun - 27 Nov 2011 (biennial)
Where: Venice
Held since 1895, the International Art Exhibition at the Venice Biennale attracts thousands to the romantic city.
With works chosen by rigorous selection, it always features some of the best international artists at the Giardini di Castello and the Arsenale. The Gardens are dotted with grand pavilions, each of which houses a nation's collection - the very best art that's been produced in the past two years.
The Biennale has spread its tentacles all through this most picturesque of cities, and you'll need two or three days to see everything. Take a water-taxi to the crumbling Palazzo Papadopoli or wander the grounds of the cavernous Renaissance dockyard, Arsenale, which is home to many of the smaller nations' shows.
Curated by Bice Curiger, the 2011 edition takes a closer look at the relationship between contemporary art, artists and the public.
Source: http://www.whatsonwhen.com/ 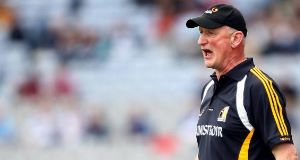 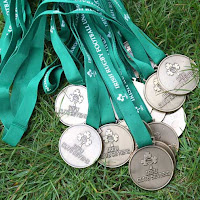 When: September 2011
Where: Dublin, Ireland.


Dublin is one of the most exciting capital cities in the world and the All Ireland Finals are one of the most exhilarating sporting events to witness. Tens of thousands of spectators storm Dublin's Croke Park and cheer their county to victory.
Trinity College, Dublin Castle, O'Connell Street, Guinness and many, many more top most travel itineraries, except during the All Ireland Finals. On competition days, the only place to be is Croke Park. Gaelic football and hurling are two Irish sports loved proudly that make up the All Ireland Finals. The ends of both seasons culminate in the All Ireland Hurling Finals and the All Ireland Football Finals.
Dublin swells with people from far and wide in September as the masses head for Croke Park. Word to the wise; if you are planning to visit Dublin in September, reserve cottages in Ireland with plenty of time to spare to ensure you secure accommodation!
The All Ireland Hurling Final takes place on either the first or second Sunday of September and the football final follow either on the third or fourth Sunday of September. During the finals weekends Dublin is a sea of green. It's nothing but team jerseys, scarves, jackets and hats as far as the eye can see. Tens of thousands have seats in the park and for all those that remain ticket-less, there is no shortage of pubs showing the match. Pints are raised and songs are sung as the people cheer and jeer long into the small hours of the morning. If it is a little peace and quiet you seek, book a weekend away at holiday cottages in Ireland outside of Dublin.
Although it is fair to say that every pub in every town will be proudly showing the matches!
Source: http://www.worldeventsdiary.com/
Events Worldwide