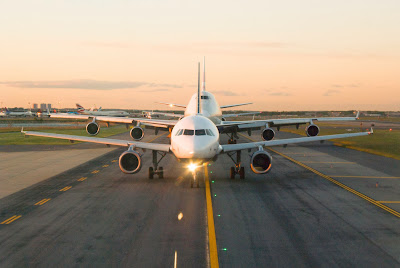 The best 10 airport approaches in the world have been listed in a report produced by aviation firm PrivateFly. The airport locations vary from busy urban locations to barren landscapes, but all give pilots and passengers exhilarating and striking views as they prepare to make contact with the approaching runways. Sion Airport in Switzerland heads the list, sat in an Alpine valley that inbound aircraft fly through before landing, while the dramatic Princess Juliana International Airport comes in second.

World’s Top Airport Approaches
Switzerland’s Sion is described in the world’s top airport approaches list as ‘Europe’s most stunning airport’. Two months ago, it was awarded another accolade when it won a high-profile airport safety award. St Gallen-Altenrhein is the other Swiss airport on the list and, again, it’s the surrounding, mountainous terrain that gives it a ‘wow’ factor. Princess Juliana International Airport is on the Caribbean island of St Maarten and lies directly beyond a well-attended beach resort. Popular with holidaymakers, the beach setting approach is perhaps even more popular among aircraft enthusiasts, who flock there from all corners of the globe to watch large airliners approaching from out over the sea, and skimming metres above the beach before their wheels hit the tarmac. Princess Juliana has a single, 7,400-foot long runway and a single terminal, but is a major international gateway and is used by airliners including Air Canada, Air France, American Airlines and KLM. St Barts Airport is very close by but is vastly different. Here, ‘very tight angles, hills, unusual wind conditions and the short runway’ make for a technically difficult runway approach.

Gibraltar Airport is owned by the Ministry of Defence and serves as a joint military/civil site. It is unusual in that a main road crosses the runway, which is closed to allow aircraft arrivals and departures to take place as normal. ‘The rock of Gibraltar looms large on the stunning approach, causing unusual wind patterns and turbulence’, PrivateFly says.
Airport Runway Approaches

Madeira Airport extends out over the sea, with a column-mounted runway section, while a large portion of the single passenger terminal is situated below ground level. London City, meanwhile, offers a ‘highly scenic approach over world-famous London landmarks’ and a airport runway approach that’s markedly steeper and more spectacular than at other airports, while Nepal’s Lukla Airport sits over 9,000 above sea level, has a sloping runway and can only accept the smallest and highest-performance passenger aircraft types. ‘With a sheer rock face of hundred metres high at the end of the runway, there is no margin for error’, PrivateFly explains.

The last two sites in the best airports list couldn’t be more contrasting. Las Vegas McCarran blends natural desert surroundings with central, illuminated lustre, while Scotland’s Barra Airport is unique in the world in being situated on a beach. ‘Visitors and cockle-pickers share use of the beach, with signs asking them to observe the windsock to see if the airport is in operation’, PrivateFly writes.
Airports
Location: Saint Barthélemy, Saint-Barthélemy